Battlestation Setups is reader-supported. When you purchase through links on our site, we may earn a small commission.
Written By: Lorenzo • Updated: 13/05/2021

Nowadays in 2021, there are thousands of ways to make money, especially online.

You may have seen popular Twitch streamers on the news making millions - while playing video games.

20 years ago, if you said you wanted to make living streaming yourself playing video games, you would've been laughed at.

What a world we live in, in this day and age!

If you're seriously thinking about making a career out of streaming, then this article will explain what the average salary of a streamer is.

You can also check out our guides on how to become a twitch streamer and the ultimate list of streamer gear. These articles should point you in the right direction!

There are many variables that determine how much a streamer makes; viewer count, subscribers, followers, sponsorships, ad revenue, whether the streamer is on other platforms, etc.

The great thing about becoming a successful Twitch streamer is that you have multiple streams of income that you can bank on.

Below we will explain the average salary is a little bit more detail...

Content Show
TL;DR: Twitch Streamer's Average Salaries (In Correlation To Twitch Viewers)
How Do Twitch Streamers Get Paid? (All Forms Of Income Explained)
How Hard Do You Need To Work To Make A Living On Twitch?
Conclusion

How Do Twitch Streamers Get Paid? (All Forms Of Income Explained) 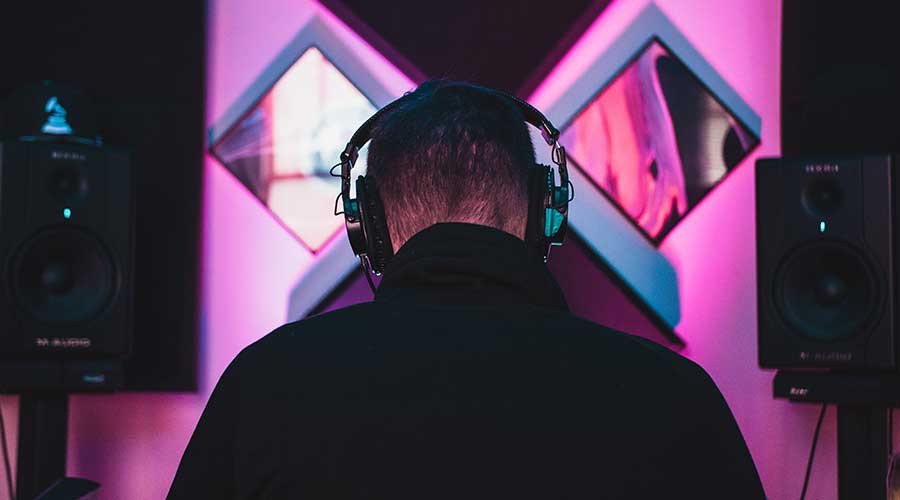 What many people don't know is that streaming on Twitch allows you to get paid from multiple sources of income.

If you're interested in becoming Financially Independent (FI) and want to Retire Early (RE) (when combined together makes FIRE) then building multiple streams of income is how you do it.

Below are a few ways to get paid by building an engaging community on Twitch.

If you have ever watched a popular Twitch stream, then you've probably donations pop up left, right, and center.

Usually, you aren't large enough to gain the attention of sponsors, or product ads.

For smaller Twitch streamers, this is heavily reliant on you building an engaging Twitch community for yourself.

Donations can be very inconsistent, and thus shouldn't be relied on as your sole income.

These donations also are determined by the demographic of your viewers, so streamers who live in richer countries will generally get higher donations.

In order to become an affiliate of Twitch, you need to qualify for the Twitch Partnership Program...

And to qualify, you need to be hand-picked by the Twitch staff, which they will deem you worthy based on how your channel is performing.

You can gauge the progress of your channel and your eligibility of becoming a Twitch Partner by completing the Path to Affiliate achievement.

With the Twitch Affiliate Program, you are able to earn through twitch subscriptions, ads shown on your stream, and Twitch Bits.

Follow simply allows a viewer to get notified when you are currently streaming...

Subscription differs as viewers need to pay to become your subscriber.

But these subscribers have perks...

They gain access to exclusive emotes to be used in chat, and exclusive content that isn't available to Followers or general viewers.

There are 3 tiers to a Twitch Subscription plus a bonus Amazon offer:

You aren't a stranger to ads if you surf the internet regularly, and the same principles apply to Twitch.

Depending on how many viewers you have, Twitch will automatically play ads in between your live streams.

You can get paid through these Advertisements depending on the length of the ad and how many people view the ad (and for how long).

Twitch Bits are exclusive emojis that your viewers need to pay to have the privilege of using in chat.

You are able to determine how your Twitch Bits function and act as 'mini donations' from viewers.

Think of them as your own virtual currency that your community can use on your channel.

You get paid 1c for every Twitch Bit used in-chat.

When you start getting outreached by companies to become their sponsor, it means you have become popular enough from a business standpoint.

Sponsorships can be very lucrative, in the sense that companies outside of Twitch are paying you to represent them, and push their brand when you stream.

These sponsorships come in many different forms, with the most popular ones being showing off merchandise, and talking about their brand during your stream.

Sponsorships can give a hefty lump sum depending on how big your channel is, and is a great way to consistently earn some income.

Not to mention many sponsors have their own affiliate programs too, so if a person purchases through your link, you get paid commission for referring that person.

Other Forms Of Income Outside Of Twitch

This is known as syndication, which basically means you are taking 'clips' from your current and previous streams and turning them into engaging videos to be posted onto other social media platforms.

Each individual platform has its own types of monetization.

For example, YouTube also offers payouts from users viewing your ads, and you can also get paid through sponsorships to push a brand on your YouTube videos.

We could write a whole other blog post detailing other forms of income outside of Twitch...

But just know that when you are scaling your channel, syndicating your content is a great way to diversify your income, and reach a higher amount of people.

How Hard Do You Need To Work To Make A Living On Twitch?

If you study the highest-paid streamers on the Twitch platform, they all have one thing in common.

And not to sound cheesy and motivational, but building an engaged community around your personal brand is hard.

It may sound enticing and fun to 'get paid playing video games, but what you don't see is the hours upon hours of content creation that gets put into it.

Twitch streamers will usually dedicate about 10 hours a day, 7 days a week to their stream which is much longer than your regular 9 - 5 job.

If you are expecting to stream for only a couple of hours a day, and expect to get paid without putting forth the effort and marketing strategies, you are in for a world of disappointment.

Bear in mind there is always the potential that you will put in all of these hours and still not get the amount of engagement you want.

I am not trying to discourage you from streaming, but I want you to know that you are essentially business, and the thing with new businesses is that most of them are deemed to fail.

Knowing that, if you are serious about streaming, and have a passion for gaming, then check out our blog post on how to grow your twitch stream fast.

As you get into the flow of creating content and streaming, you will learn a lot about discipline, patience, and consistency.

And if you continually learn and execute a good plan to grow your Twitch following, you may just become the next big thing on the Twitch platform.

By now you should have a brief understanding of the type of income you can expect in relation to the number of Twitch viewers and subscribers you have.

If you start to see streaming as a business rather than a hobby, then you will make better decisions going forward, and be on your way to building a Twitch empire.

Be sure to model your channels after your favorite Twitch streamers and copy what they do; like how they engage with their audience, the types of content they create, and the number of social media platforms you are on.

If you got some value out of our blog post, be sure to link your Twitch stream down below so I can check you out!

The 10 Best Monitors For Streaming (For Main Or Secondaries)

How Good Is Tyler1's Setup? (A Complete Setup Breakdown)